Meet seven real people who lived through World War One. Their stories will help us to imagine what life was like for women during the War and to create a profile for Poppy, her life and family.

Mabel Lethbridge was just 17 when she took a job as a munitions worker, making bombs in a factory in London. Working conditions were very dangerous and she lost a leg in an explosion at the factory. Some of her workmates died.

Because she’d lied about her age when she got the job, she wasn’t entitled to a war pension for those injured in the war. Mabel is still the youngest person ever to receive the Order of the British Empire in recognition of her war time service.

Hear from Mabel as she looks back on her experience of working in a munitions factory.

Elsie Knocker, later Baroness de T’Serclaes, and her friend Mairi Chisolm were nurses and ambulance drivers working at the front line in Belgium during the First World War. They set up a hospital in Ypres, just 100 yards from the front line, and were credited with saving the lives of thousands of soldiers. Elsie and Mairi were nicknamed ‘the Angels of Pervyse’. Mairi was just 18 when war broke out, Elsie was 30. They were both keen motorcyclists before the war and, like many women at the time, keen to help with the war effort.

🌸 Read this article about Elsie and Mairi

Dr Helen Boyle was a pioneering doctor who set up a clinic in Hove before the War to help working class women and children suffering from mental health issues. During the War she went to Serbia to help treat wounded soldiers.

🌸 Read this article from the Brighton Argus about Dr Helen Boyle

Katie Morter was a civilian whose husband died in the war when she was pregnant with her first child. She spoke movingly about being severely affected by his death.

🌸 Read this interview in the Liverpool Echo with Katie’s granddaughter 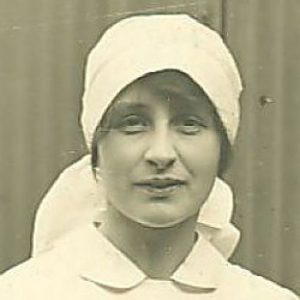 Vera Brittain left her studies at Oxford to become a voluntary nurse and served in the UK, France and Malta during the war. She lost her fiancé, brother and closest friends in the war. Her book, Testament of Youth, detailing her experiences of the war and arguing for pacifism, became a best-seller and in 2014 a movie.

🌸 Read this article, written by Vera Brittain’s daughter Shirley Williams, on helping with the film about her mother’s war experiences

🌸 Pick one or two of these women that you’d like to know more about. What else can you find out about them online?
🌸 Find someone a woman who lived through the First World War and create a short biography about them and what happened to them during the war. She could be a relative or someone from your local area.
🌸 Make a list of how the war affected their mental health – both in positive and negative ways. How might that relate to what’s happening today with the Coronavirus pandemic?
🌸 Write about how their stories might help us to think about developing our character ‘Poppy’.