When questioned about her experiences, she became quite emotional and refused to tell about them but admitted that she used to have nightmares about them and dreaded going to sleep. In my experience, this reaction is diagnostic of those cases in which the stress of war has played an active part in inducing mental breakdown.
Medical notes from Mary Cleverley’s records, held in the National Archives

Historian and therapist Denise Poynter talks to Daisy and Amelie about her search for elusive records about women who suffered from trauma and shell shock in World War One. Denise’s work shines a light on women’s experiences of war trauma, long ignored by historians until fairly recently. Denise argues that women working near the front as nurses and VADs showed the same symptoms as men when it came to shell shock and trauma. Her discovery in the archives of a doctor’s note reading: “the report on her transfer was shell shock”, became the title of her thesis into the subject.

Make (Good) Trouble · We Are Poppy: Women and shellshock in WW1

🌸 Create a mind map of ideas around mental health and how women were affected in the First World War.

🌸 Discuss what the consequences might be of not including women’s experiences when it comes to medicine or history?

Students from Hove Park School in Brighton discussed what might have contributed to Poppy’s during the War, drawing up mind maps (above). Freedoms such as going out to work and, for some, earning their own money for the first time, gave women a sense of independence. But students realised that the gruelling four years of war took its toll with loneliness, unequal pay and family loss all having a major impact on their mental health. 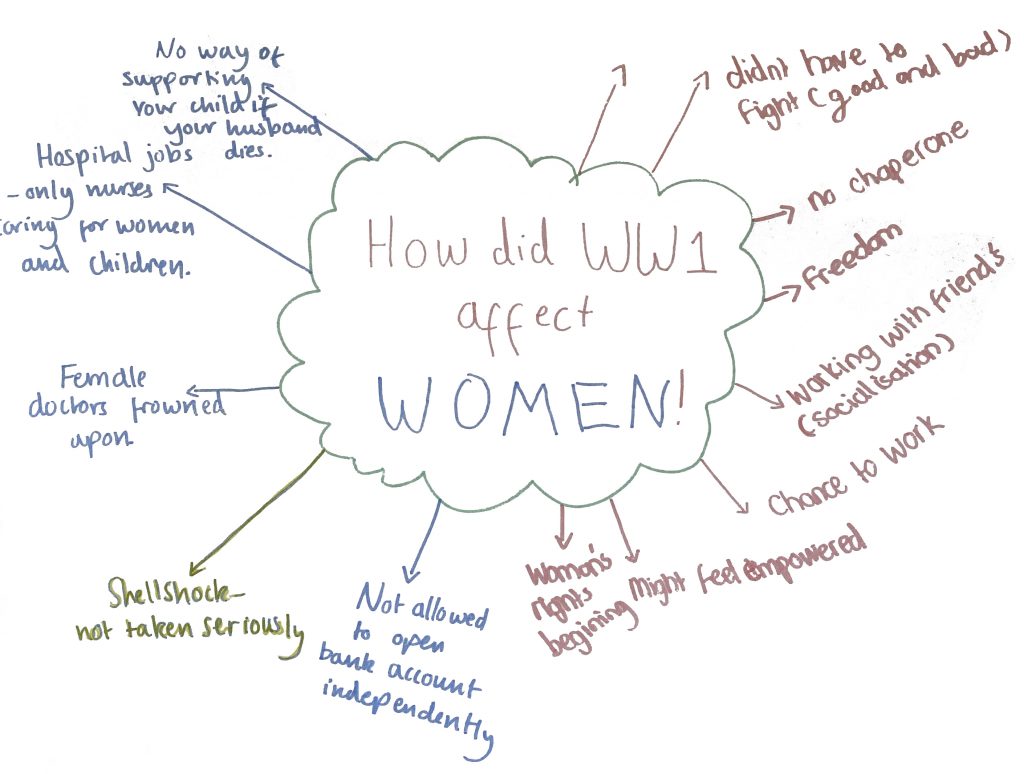 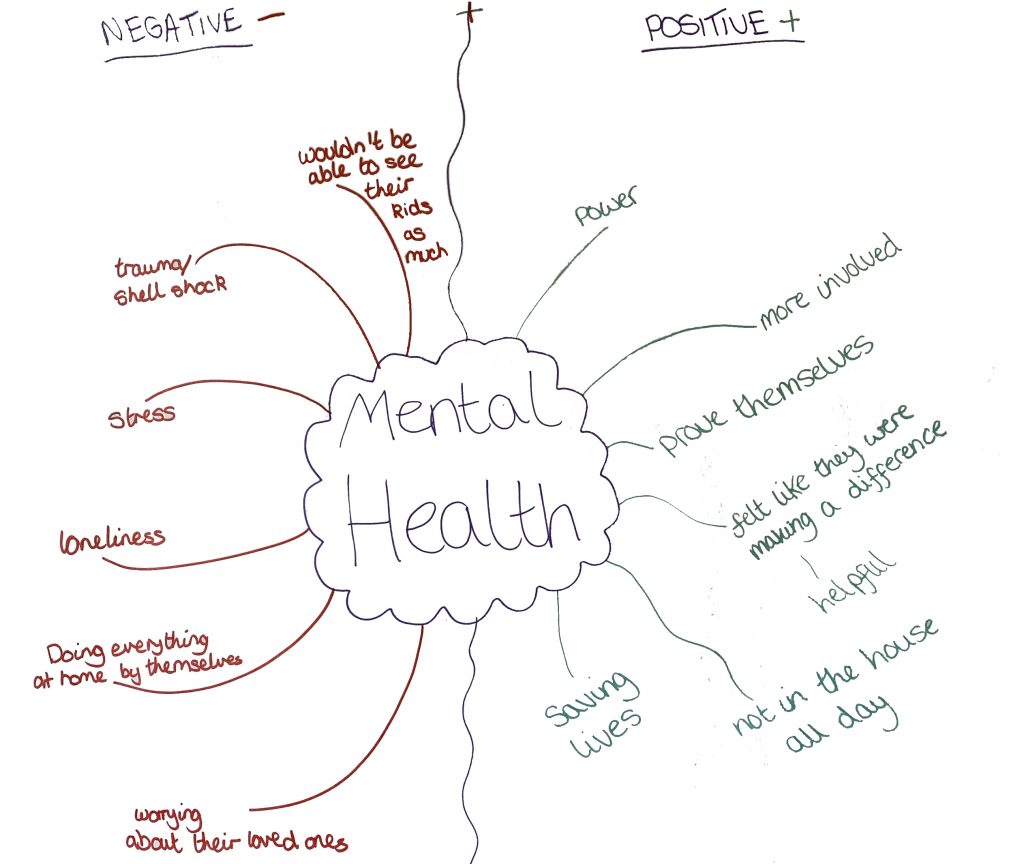 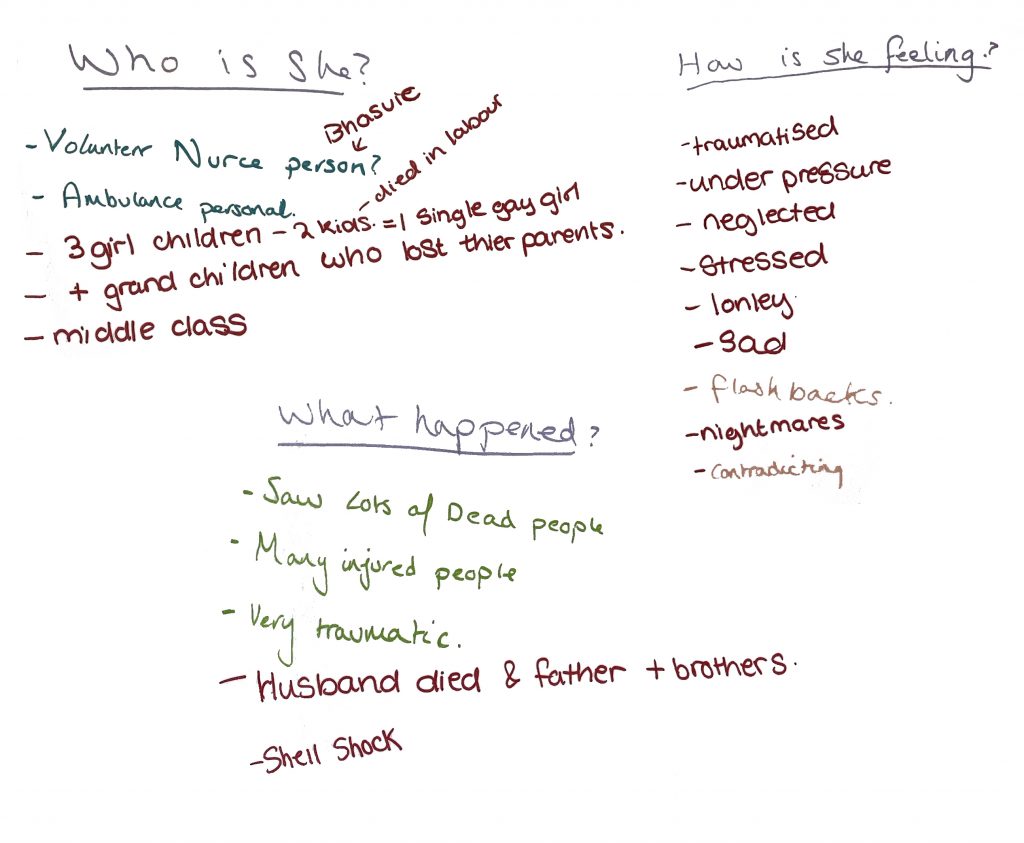