Trauma therapist Darren Abrahams talks to Arielle and Amelie about how trauma affects refugees today through his work with Musicians Without Borders and The Human Hive. He discusses trauma and how it manifests itself, and its treatment, and shares his family experiences as refugees during the First and Second World Wars.

Daisy and Amelie, both 14, share their thoughts on how life has changed for women since the First World War…

Since World War One women have made lots of progress towards being equal to men. They can now vote and there are many important women in positions of power all over the world. However, this doesn’t mean there isn’t still much more to be done.

On the legal aspect, our society is much more equal. The Equal Pay Act was introduced. Women got the right to vote, the right to open their own bank account, to buy land or a house on their own and to divorce their husbands. On the social aspect, women are much more free to do what they want, there is much less stigma to being a single mum or to go back to work after having kids. Women can do the same jobs as men and can dress much more freely.

I’d say the main issues that young women face in 2020 are being held to patriarchal expectations and ideals. Being told they’re too political or serious, not being taken seriously, pressures about body image, being sexualised from a young age – so slut-shaming, being told that they were asking for it, sexual assault, stigma of being a young and/or single mum and casual sexism – for example someone supposedly in a chivalrous act, offering to do a job that requires manual labour, but then saying it’s because girls don’t like to ruin their nails.

Women are often presumed to be less good at something than a man, and they often feel they have to bring each other down to get a man’s approval. Also, women still suffer assault and abuse, and there’s still quite a prominent rape culture. Some men still think it’s acceptable to comment on a woman’s body like it’s an object.

Catcalling and street harassment is something girls as young as nine have to cope with. Period poverty is something else that affects girls and young women. Also, the gender pay gap is prominent in even the biggest organisations with men being paid significantly more than their female counterparts. All of these issues make normal life difficult for young women.

Women’s experience of trauma in the First World War has only recently begun to be explored and written about. What are the implications of not listening to or hearing women’s stories? How might not listening affect their treatment then and now?

For millennia, medicine has functioned on the assumption that male bodies can represent humanity as a whole. As a result, we have a huge historical data gap that is continuing to grow as researchers carry on ignoring the pressing ethical need to include female cells, animals and humans, in their research. That this is still going on in the twenty-first century is a scandal.”
Caroline Criado Perez, Invisible Women, 2018

Students looked at what affected their mental health today. Pressures of social media, school and exams, body image all featured in their mind maps created for this project.  But there were many positives too. When comparing today with Poppy’s time, they felt that women can open up more and have more opportunities in terms of work and leisure time than their First World War counterparts. 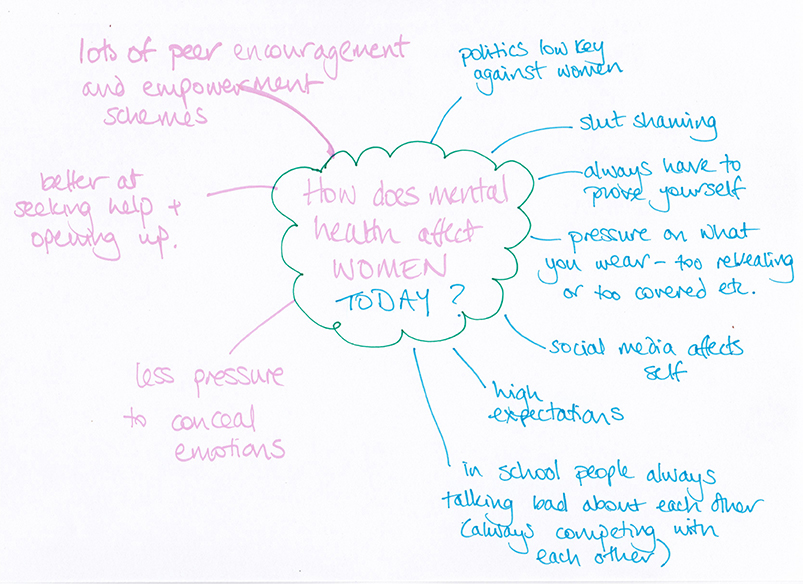 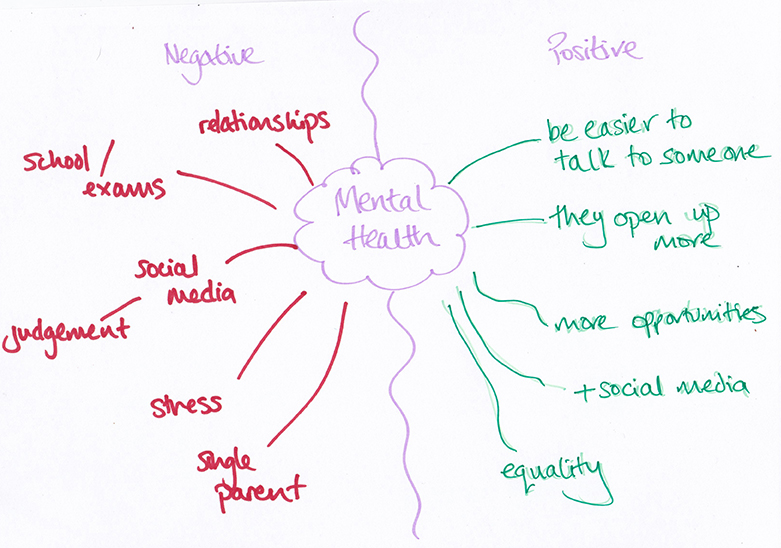 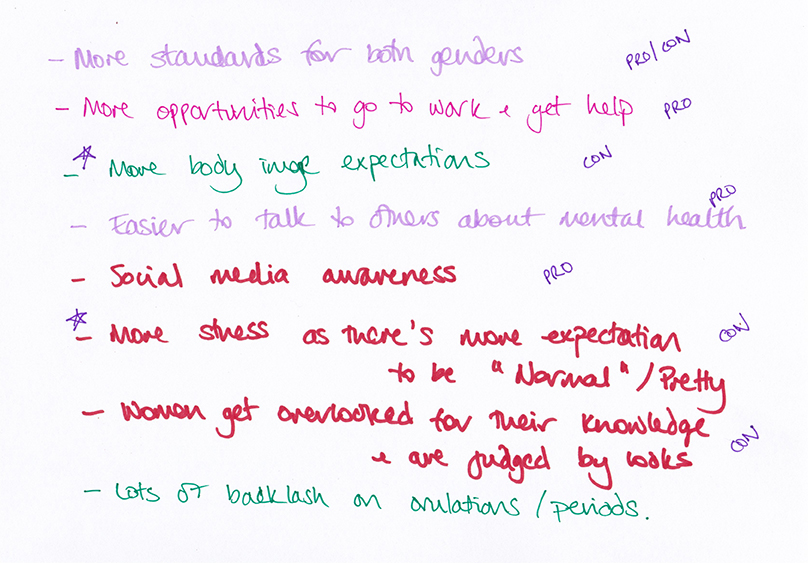 🌸 Discuss the similarities and differences between your two mind maps – what has changed (for better or worse) since the First World War and what is still an issue?